A Returning of the Light: Reflections on My Time in Finland Amidst the Changing Seasons 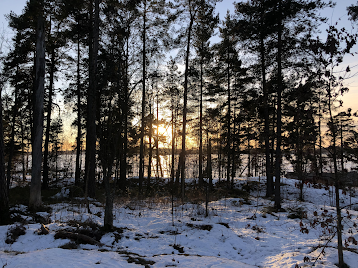 A Returning of the Light: Reflections on My Time in Finland Amidst the Changing Seasons   Over the past couple of weeks, the days in Helsinki have become noticeably longer. Not only longer but also sunnier and amidst the rays , the city has begun to shake off the slowness and shadow of winter. Having grown up in the Northeastern United States, I’m no stranger to dark, cold winters and, with that in mind, I was quite confident that I would weather the winter in Finland just fine. A lthough it certainly was not a complete disaster, it also was not a walk in the park. Now that the light is returning a nd the skies are more blue than gray I feel as though I’ve emerged from a fog that settled in around late November , heavier at some times than others. As the light is increasing, I am also becoming acutely aware of the fact that my time in Finland is dwind ling and this realization is bringing a mixed bag of emotions.  Anxiety about the pace at which time is passing.  Anticipation a
Post a Comment
Read more
More posts